Oradel, committed to the sustainable industry and the environment in Mexico 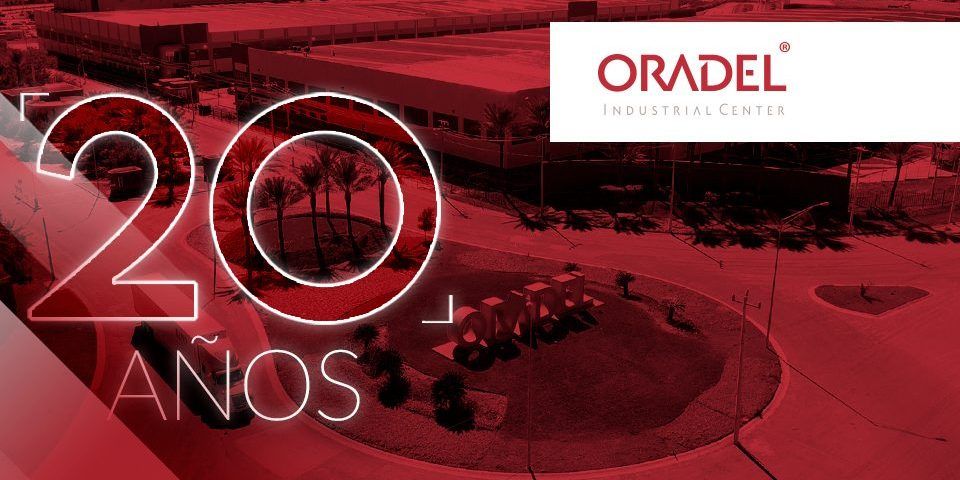 Located in the city of Nuevo Laredo, commercial bridge with the United States, since its inauguration, the commitment of Oradel Industrial Center has always been to promote the industrial and economic growth of Mexico. Thanks to its location, its commercial relationships and the services it offers to its clients and workers, Oradel celebrates 20 years as a benchmark for foreign trade in Mexico.

It was born from the union of three business groups with more than 40 years in the industry. Thanks to the united vision of Blokk Properties, Grupo Cargoquin and Mondlak Developments, the park has a strategic location with the best position for foreign trade, since its connection to the “ NAFTA Highway” offers greater competitiveness for companies located within the park and promotes their industrial growth.

The diversity of the industries established in this industrial park is an example of its versatility to generate benefits for companies in any field that seek to access the United States, the largest commercial market in the world.

Commitment to Nuevo Laredo from the beginning

Since its inception, Oradel has pledged to carry out his work in conjunction with the three levels of government: local, state and federal in order to create jobs and boost industrial growth in the region. In addition, this industrial park has offered the best offer of benefits for workers, improving staff stability. Thus, Oradel Industrial Center celebrates 20 years in Nuevo Laredo growing and improving every day for its clients, workers and the Mexican industry.

We invite you to be part of this progress!

T-MEC and TLCUEM, keys to reposition Mexico after Covid-19